Home Misc Nina Simone and me: An artist and activist revisited

Nina Simone and me: An artist and activist revisited 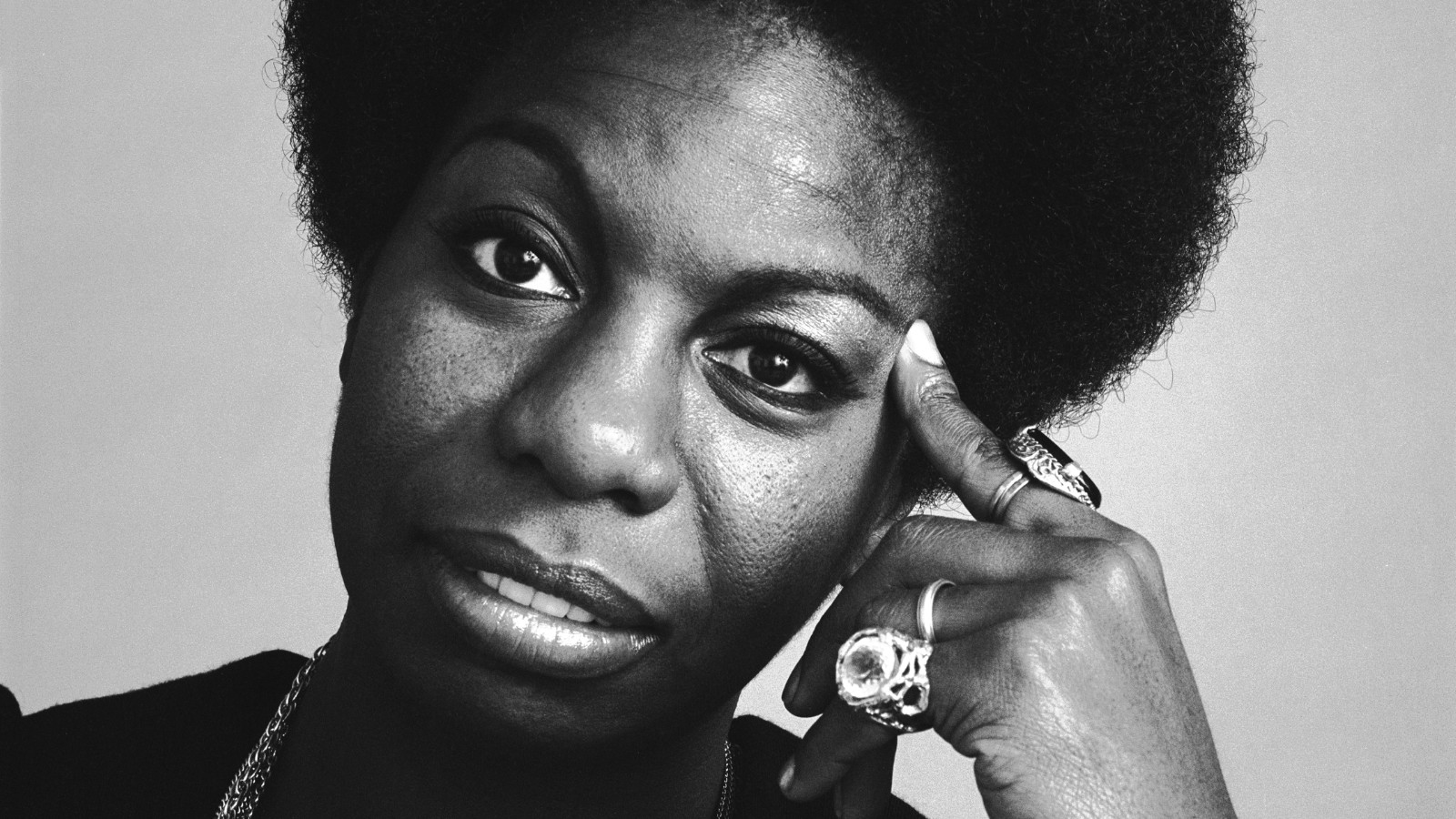 (CNN)I was surfing online when I stumbled upon a mural in Baltimore painted by artist Ernest Shaw. It’s a three-headed portrait of civil rights icons: James Baldwin, Malcolm X and, of course, Nina Simone.

Even within the boundaries of my computer screen, the painting on the side of a building at 401 Lafayette Street was powerful. 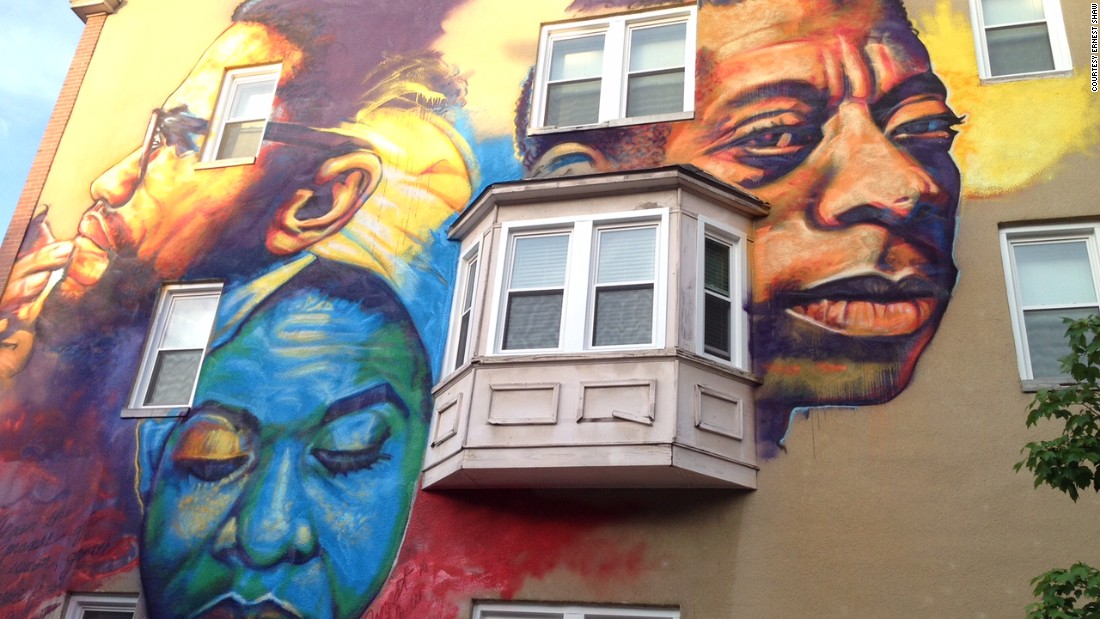 Curious that the artist had chosen Simone as part of the trifecta, I dialed Shaw, a 41-year-old teacher at the Maryland Academy of Technology & Health Sciences. He’s taught kids at Baltimore city schools for 14 years and is keen to mentor inner-city youth in some artistic way.
“I understand why you chose Malcolm and Baldwin. But why Nina?” I asked Shaw.
The answer was immediate.
“I have the utmost respect for her because she stood up for her beliefs. She sacrificed her career for her activism,” Shaw said. 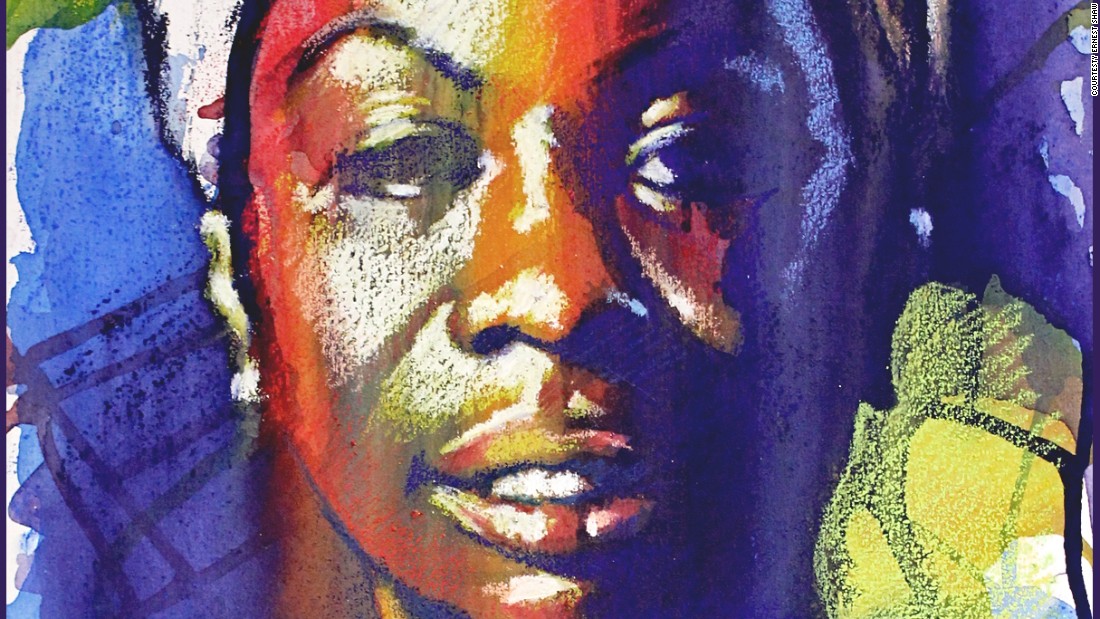 And that kind of activism could not be more relevant today, he said, given all that has transpired since the shooting death of Michael Brown in Ferguson, Missouri, in the summer of 2014.
Shaw and I spoke about Simone as artist and activist.
He told me he’d been raised by parents who were adamant about exposing him to the history and culture of black America. Simone was part of the learning process.
“Malcolm X touched me in my 20s; Baldwin in my 30s. Now in my 40s, as I am watching my daughter grow into womanhood, it’s Nina Simone,” he told me. Her biography, he said, “could be a case study for what a lot of black women deal with. And she chose to deal it with it head on.”

Yet few in America know Simone’s story. In my own circle of friends and colleagues, mention of the singer’s name often gets this reaction: “Nina who?”
I’m hopeful that will change. Simone, it seems, may finally be getting her due.
A new documentary by filmmaker Liz Garbus, “What Happened, Miss Simone?” opened in theaters in 2015 and is streaming on Netflix. And though the film has its flaws, it serves as a good introduction to Simone. Sony Music has released “Nina Revisited,” an accompanying all-star tribute album featuring 16 songs. And a Hollywood biopic, albeit troubled, hit theaters in April 2016.
There is no better time perhaps to enter the stark, stalwart and sensual world of Simone. In the aftermath of nationwide police brutality protests and tragedies like the 2015 slaughter of black lives in a Charleston church, Simone’s music is as relevant as it was when she first turned her music into a vehicle for activism.
She became known as the voice of the civil rights movement with songs like “To Be Young, Gifted and Black” and “Mississippi Goddam,” a visceral response to the 1963 killings of Medgar Evers in Jackson, Mississippi, and four girls in a church bombing in Birmingham, Alabama.
For that, Simone paid a price. Garbus’ documentary shows how Simone never gained the kind of celebrity that she deserved. Radio stations refused to play her music; venues were hesitant to book her. They feared she would speak her mind on stage and mince no words in lashing out against injustice and discrimination.
Had it not been for her outspokenness, her principles, she might have gained the fame of an Aretha Franklin or Diana Ross.
But as it were, Nina Simone never relished a string of Number 1 hits. But, she changed lives. Like mine. She made me think about race in America in a way I never had before.

I watched the documentary for a fourth time the week it debuted and thought back to a solitary and anguished drive home I made many decades ago from Florida’s death row. The condemned man told me that he found solace in Marvin Gaye’s 1971 anthem “Inner City Blues.”
But several years before, Simone had recorded a piece that was equally powerful. It was that song that made me, still a teenager, ponder the structure of the lives of people around me in small-town Florida.
Mr. Backlash, Mr. Backlash/ Just who do you think I am? /You raise my taxes, freeze my wages /And send my son to Vietnam
I listened to the song again as Florida prepared for that man’s execution. He had just recounted to me a life of growing up poor and black in the American South.
You give me second class houses /And second class schools /Do you think that all colored folks /Are just second class fools?
Live oaks shimmied by unnoticed as I lost myself in Simone’s voice. I was a young reporter wrestling with the execution of a man — whether guilty or not — who I believed had not received a fair trial.
Mr. Backlash /I’m gonna leave you /With the backlash blues
Simone wrote “Backlash Blues” with the writer Langston Hughes and it stopped me cold the first time I heard it in the late 1970s. Until then, I had been an immigrant girl from India, influenced heavily by the teachings of Mohandas Gandhi and Rabindranath Tagore.
Tagore, India’s only Nobel Prize-winning writer, was brilliant in his artistry. His poetry made me think, too. About freedom and speaking out against wrongs.
My mother sang his songs and schooled me in their meaning. I admired the way Tagore shunned Western clothes and spoke of how the British betrayed their own Western ideals with colonialism.
Tagore taught me to stand tall in my short Indian frame.
But it was Simone who awakened me to my brownness in white America.
When I try to find a job / To earn a little cash
All you got to offer / Is your mean old white backlash
I arrived in north Florida with my family in the mid-1970s. It was a world of black and white, and back then the two rarely met in harmony. In college, a classmate who was a music major introduced me to Nina Simone.
“She wanted to be the first black classical pianist,” my friend told me.
She just wanted to glide her fingers over the keys and play Bach. Instead, she gained fame as a singer of jazz standards, blues and fiery protest songs.
He made me a cassette and that was it. I listened in the car. I listened late at night on my bed.
But the world is big / Big and bright and round / And it’s full of folks like me / Who are black, yellow, beige and brown
Mr. Backlash/ I’m gonna leave you /With the backlash blues

I became addicted to Simone’s deep, baritone, almost androgynous sound. I became fascinated with her history, her music, the tough choices she made in her life to stand up against Jim Crow. I even fell in love with the way she looked — the African dresses and jewelry she carried off with more grace than any haute couture model. After Nina, I shed my Levis for long Indian skirts and dangling brass earrings.
Simone’s music defined me as a journalist — some of the very first people I interviewed were Angela Davis and Maya Angelou.
If Simone was able to touch an Indian teenager like myself, I can only imagine her influence on African-Americans. The enormous sphere of that influence has resurfaced as academics, artists and cultural critics have weighed in after the release of Liz Garbus’ film.
Syreeta McFadden, managing editor of the online literary magazine Union Station, wrote:
“Civil Rights-era music is often associated with a particular soundscape, which is popularly understood as gospel mixed with the pop sensibilities of Motown. This understanding erases Simone’s vital contribution, the full depth of her contribution to secular music consciousness, her role in orienting black and white audiences alike to the liberation struggles of the civil-rights movement.”
And Salamishah Tillet, an assistant professor of English and Africana Studies at the University of Pennsylvania, who is writing a book on Simone, said in a NPR story:
“Like so many of my generation, I found (Simone) through hip-hop loops and samples. … Simone’s mix of headiness and haunt, lyrical boldness and political bombast makes her the hero of our hip-hop generation. We look to her as our muse; we listen to her because we want to know what freedom sounds like.”
I thought about Simone’s reach as I spoke with Shaw in Baltimore. As an artist, he drew inspiration from Simone’s convictions, expressed succinctly in one of several interviews included in the documentary.
“An artist’s duty, as far as I’m concerned, is to reflect the times,” Simone said.
It’s a line that John Legend and Common quoted in their 2015 Oscar acceptance speech when they won for their song from “Selma.”
“How can you be an artist and not document the times?” Shaw asked.

‘The struggle is ongoing’

Simone died in 2003. I wonder what she would have to say about the “movement” today. She’d like the idea that a tribute album came out on the day the Confederate flag went down in South Carolina. She’d probably like the idea that so many young black people are again taking to the streets to protest injustice. (In 1978, she sang: “Oh, Baltimore. Ain’t it hard just to live.”)
Filmmaker Garbus told Salon that Simone’s voice is one that is very needed today.
“We were in our edit room when the events of Ferguson were unfolding,” Garbus said. “It reminds you that the struggle is ongoing and that her music and her words are as necessary and as relevant as they were then. It doesn’t shape the film, but it is certainly a ripe moment for the film to be coming out.”
To me, Nina Simone remains an embodiment of freedom.
“I tell you what freedom is to me: no fear,” Simone said in an interview.
That line is a guiding light.
As troubled as Simone’s life may have been, she has been a source of strength. It’s why I listen to her songs when I am up and when I am down. When I need a dose of inspiration and when I just need to smile.
For that, I am ever grateful, Miss Simone.