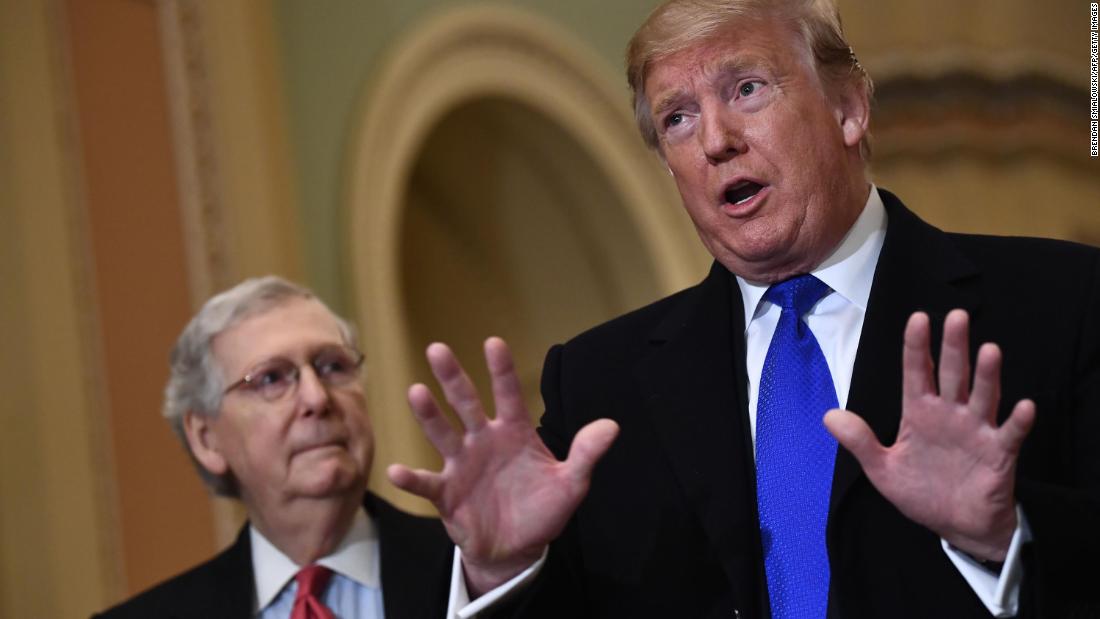 Washington (CNN)A Democratic document dump on the eve of an expected House vote to finally send articles of impeachment to the Senate is supercharging the party’s demands for witnesses at President Donald Trump’s soon-to-begin trial.

The material appears to add more details about the President’s scheme to coax Ukraine into announcing an investigation into his political rivals, including former Vice President Joe Biden.
The documents show how Parnas sought to set up a meeting between Giuliani and Ukrainian President Volodymyr Zelensky. The records also appear to suggest that Connecticut congressional candidate Robert F. Hyde and Parnas discussed conducting surveillance against then-US Ambassador Marie Yovanovitch. Several House impeachment witnesses testified that Trump had recalled Yovanovitch because she was seen as blocking his off-the-books program to pressure Ukraine.
The chairs of the House Intelligence, Oversight, Judiciary and Foreign Affairs committees said the new evidence confirmed that Trump and associates had “pressured Ukrainian officials to announce investigations that would benefit the President politically.”
“There cannot be a full and fair trial in the Senate without the documents that President Trump is refusing to provide to Congress,” the chairmen said in a statement.
Ever since they set out to pursue President Donald Trump over accusations of abuse of power in Ukraine, Democrats have shouldered all the scrutiny, pressure and risks of invoking the most grave mechanisms of the US Constitution.
That will immediately shift when the House passes control of the impeachment process — as soon as Wednesday — to Senate Republicans, who hold the majority and will be vulnerable to any backlashes stirred by defending an unrestrained and imperial President at his trial. 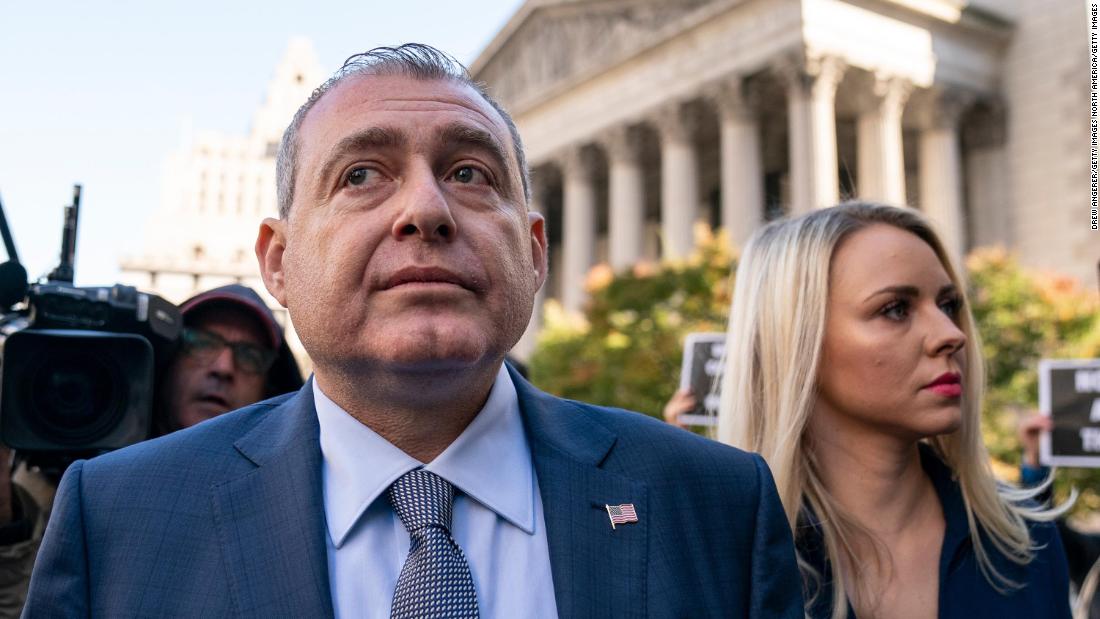 McConnell is rejecting Democratic demands that he subpoena witnesses withheld by the White House, who the House majority elected not to pursue through what could have been court fights that went on for months.
“Here’s how deep we have come into ‘Bizarro World,’ ” McConnell said earlier Tuesday. “The latest Democrat talking point is that if the Senate conducts a trial based on what the House itself looked at, we’ll be engaged in a ‘cover-up’! Did you get that? Unless the Senate steps outside our lane and takes it upon ourselves to supplement the House case, it’s a ‘cover-up.’ “
One article of impeachment expected to be sent Wednesday to the Senate along with the names of House Democratic impeachment managers alleges Trump abused his power in leaning on Ukraine for political favors, including dirt on his possible November election rival Biden. The second charges that the President obstructed Congress by withholding key witnesses and testimony to cover up his wrongdoing.
McConnell is the shrewdest Senate tactician of his generation. But even he might struggle to swiftly acquit Trump, convince Americans the trial is not purely for show and at the same time protect vulnerable swing state members from political damage.

Democrats to go on offense 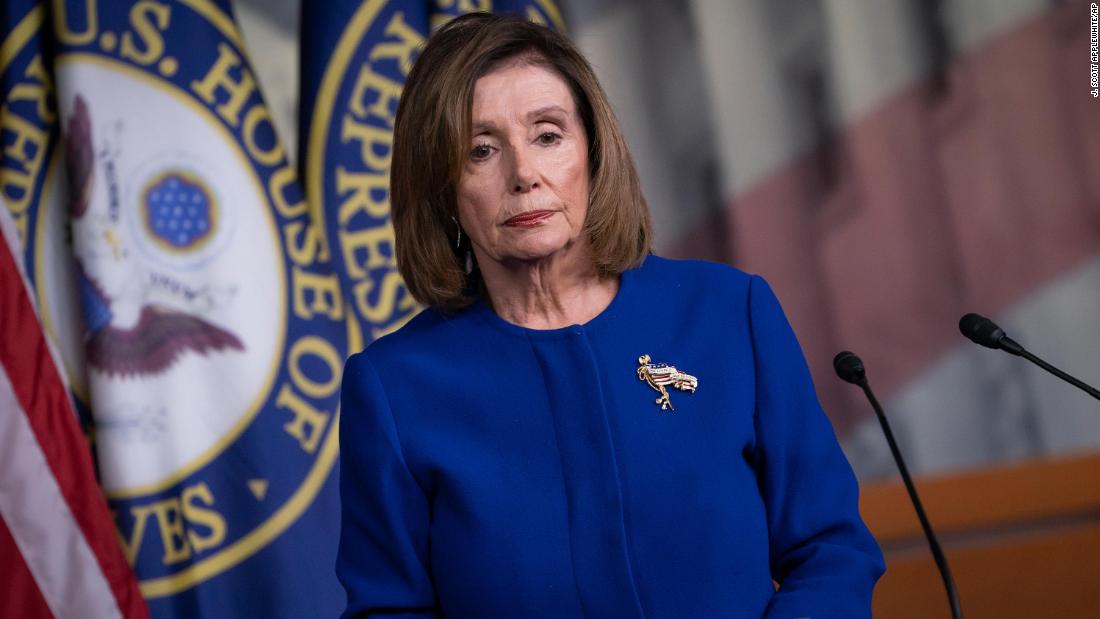 Democrats, who have been on the defensive for months in the House of Representatives on process, now get to go on the attack. That’s why they’ve spent days skewering McConnell on demands to subpoena witnesses in the trial — such as former national security adviser John Bolton and acting White House chief of staff Mick Mulvaney, who Trump blocked from testifying in the House investigation.
Such a strategy allows Democrats to paint McConnell as cooking the process to cover up for a corrupt President — an argument they hope will take hold in the country and make up for the fact that everybody acknowledges there is no chance that Trump will be convicted.
“How do you run a trial with no witnesses and documents, no evidence?” Senate Minority Leader Chuck Schumer asked Tuesday on “The View” on ABC.
The question of witnesses points to one of the uncertainties of the trial, which McConnell said will begin for real next Tuesday after ceremonial aspects of the historic proceedings are wrapped up this week.
The Senate majority leader, though enjoying the support of his party to begin the proceedings without a deal on its structure with Democrats, cannot be sure he will be able to keep control throughout the trial.
He can lose no more than three senators on any vote on procedure or on whether to call witnesses. Several Republicans have expressed misgivings about the process and a desire to hear from key witnesses, including Sens. Mitt Romney of Utah and Lisa Murkowski of Alaska. Sen. Susan Collins of Maine, who is up for reelection in a purple state, has also raised questions.
“If people decide they want to call witnesses, it probably could go on for a while. But that seems like a fairly tight deadline considering what we are facing,” said Sen. John Thune of South Dakota on Wednesday. “But who knows … it will depend on what 51 senators want to do at any given point in time.”

Will there be witnesses? 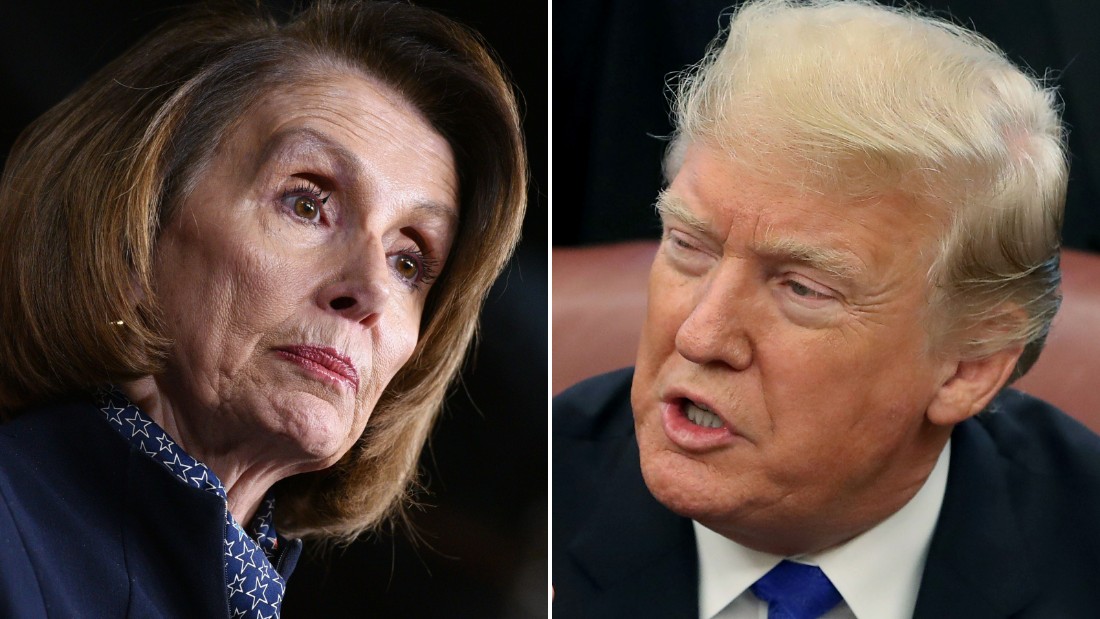 Should Democrats succeed in forcing Republicans to subpoena important witnesses and evidence, GOP senators could respond in kind and request testimony from others likely to damage Democratic political goals — for instance, Biden’s son Hunter. That would risk turning the trial into the kind of circus that McConnell seems determined to avoid. There is no evidence of wrongdoing by the former vice president or his son, who was on the board of the Ukrainian energy giant Burisma.
The question of witnesses is not the only conundrum facing Republicans. In coming days, it will become clear exactly how they and the White House plan to defend the President.
It seems unlikely that most senators, who prize their chamber’s decorum and their own dignity, will engage in the kind of disruptive antics adopted by Trump’s most fervent allies in the House hearings. Shouting “hoax” and recycling Russian propaganda on discredited claims of Ukraine meddling in the US election won’t be enough. The formal nature of the trial presided over by Supreme Court Justice John Roberts likely rules out such eruptions by the President’s supporters.
The least politically perilous course might be for Senate Republicans to argue that the President did wrong in pressuring Ukraine for political dirt but that his conduct does not rise to the “high crimes and misdemeanors” standard required for impeachment.
But Trump, who never admits wrongdoing and who regards as “perfect” his phone conversation in which he appeared to pressure Ukrainian President Volodymyr Zelensky, has refused to give his Senate allies that kind of running room.
One of the stronger counterattacks honed by Republicans in the House impeachment hearings was the claim that Democrats failed to corroborate testimony from key foreign-policy and military officials and to show the President had directly ordered his off-the-books scheme in Ukraine.
They could try it in the Senate. But former Clinton White House press secretary Joe Lockhart pointed out the flaw in such an approach.
“You can’t use that argument but then say ‘we shouldn’t have witnesses,’ ” he said on CNN International.
Lockhart also pushed back on punditry that Pelosi, by failing to force McConnell to cave on agreeing to call witnesses before the trial begins, had come away with nothing from holding the articles of impeachment for four weeks.
“What we now have is an argument of whether it is going to be a fair trial or a cover-up,” he said.

The spectacle of a President on trial 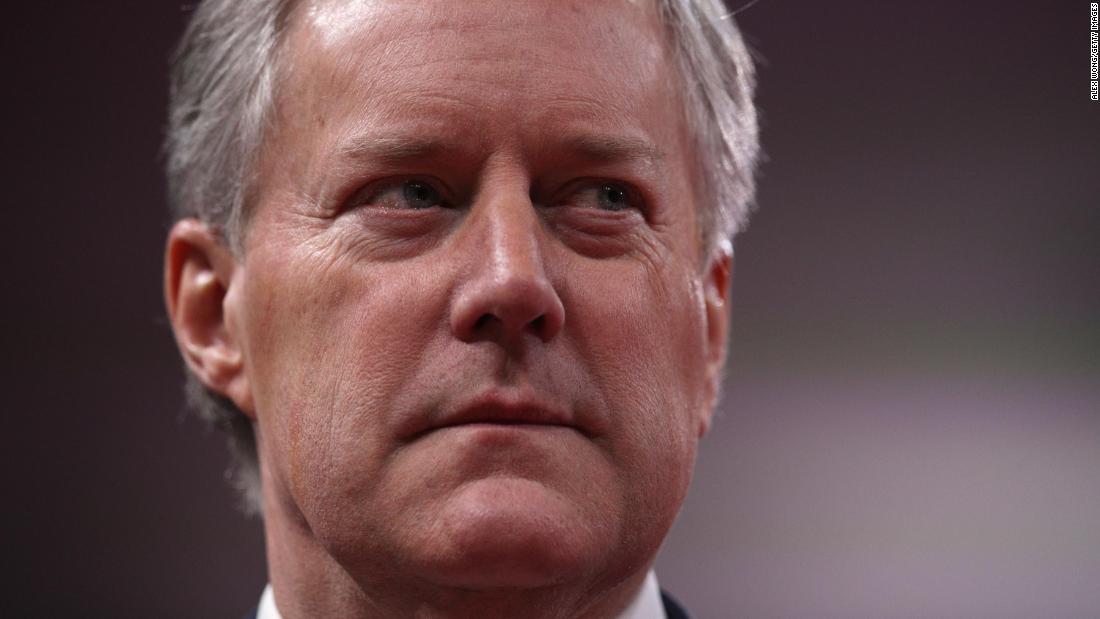 Polls show that around half of Americans believe it was correct to impeach Trump and a slightly lower proportion think he should be kicked out of office. Such data undermines GOP claims the saga has been a disaster for Democrats.
McConnell has one more challenge in the weeks ahead: the President himself.
At one point, Trump hoped for a spectacle in the Senate. Now he’s demanding the dismissal of the charges before they start — a step Republican leadership appears to have ruled out as too politically risky.
Eight hours a day of Senate trial action beamed live on cable television is likely to quickly defeat the President’s already shaky self-discipline.
And constant Twitter commentary from the Oval Office could make McConnell’s political balancing act even trickier and undermine the efforts of Trump’s lawyers to put the best possible spin on his case.